Finally finished my updated Photo Flash - Version 4.0.  The previous Version 3 was, and still is fully functional using the Ricoh THETA product line. But it was more function, and lacking design form.  I decided to try a different look for the design that still maintains the elements illustrated in the patent. More pieces, and more time consuming for myself to produce on a 3D printer and by myself in my garage, but I think a more pleasing aesthetic.

Everything became smaller-circumference, height, even the handle containing the same AA batteries shrunk in girth. This was mostly due to shrinking the electronics to a single Arduino board and a few support components. Version 3 was a series of pre manufactured timer/relay modules that were much bulkier. For Version 4, I discovered the power of programmable processors on a small board. I utilized an ESP8266 controller board programmed with Arduino to control the THEA camera via WiFi. No more tethered USB.

Evolution of design: Version 3 and Version 4. 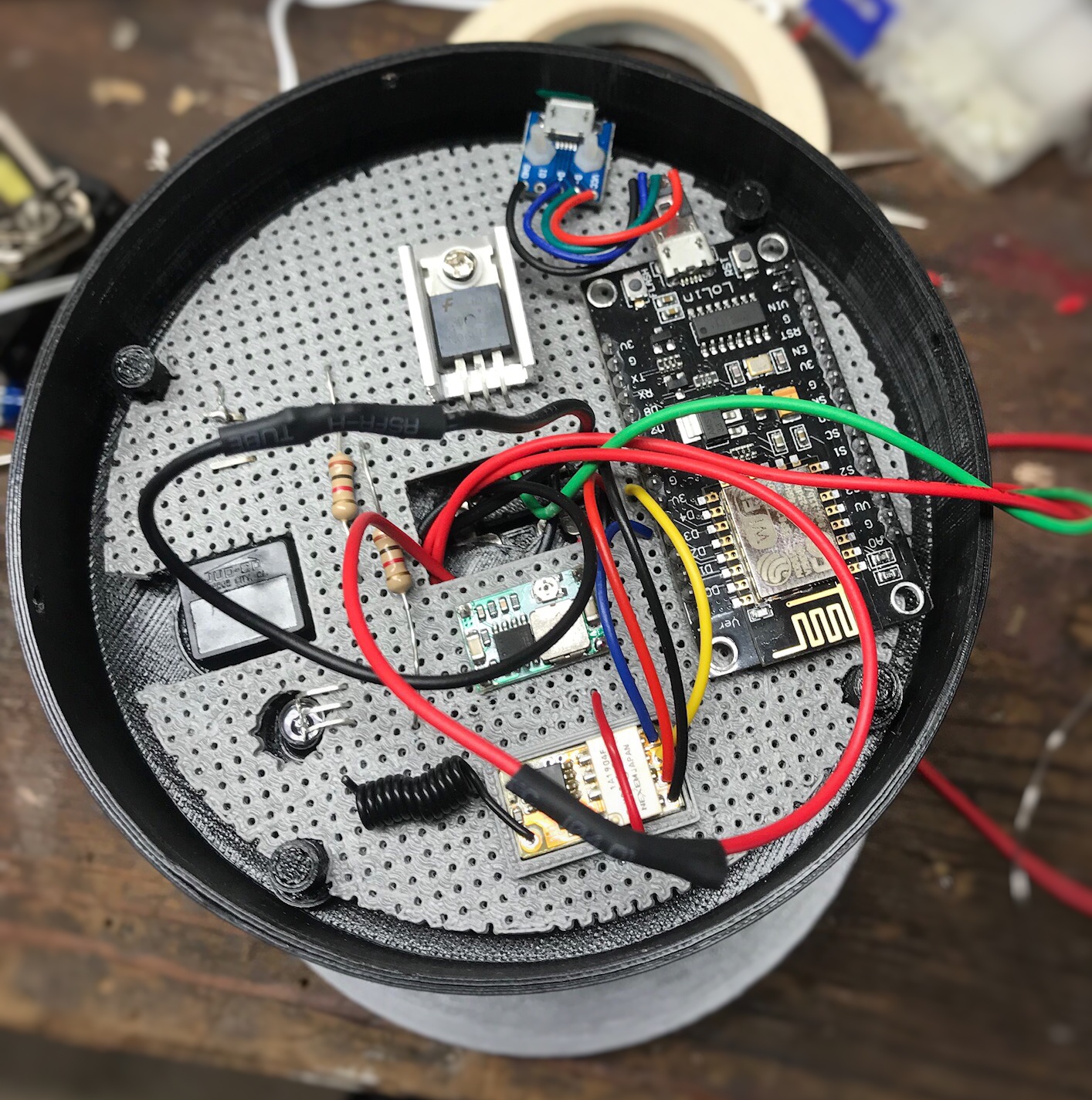 The beauty of this new prototype being firmware based, is the ease of adding more functionality and refinement without further circuit building. For now, it still only controls the Ricoh THETA brand, but can be adapted to control any camera manufacturer that has offered up their SDK.

An improvement over Version 3, the new Version 4 also has a constant light on feature to allow the same light to be used for video recording as well. The timing of the flash in relation to the camera shutter can also be more precisely controlled.   Similar to Version 3, I opted for the same single button trigger wireless remote.

The system could be programmed to use a mobile app, but I like having a small separate remote for a trigger.

CL360 Phoho Flash V4.0
Now to get it to market! Are you involved in product development, camera and lighting hardware manufacturer or distributor? Looking to talk to interested parties about this now fully patented lighting concept for 360 VR photography and video.
Contact me here, and "Let's Talk!"